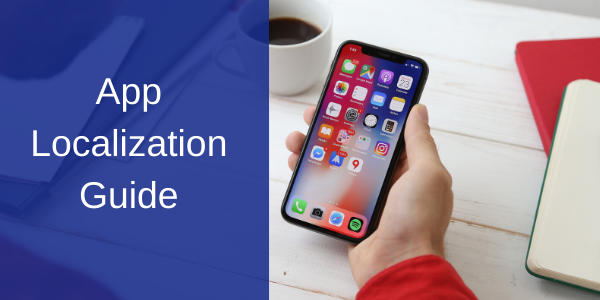 With apps set to generate a whopping 189 billion dollars by 2020, it’s no wonder app development is a lucrative way to make money. But with 80% of the top 5 play store countries being non-English speaking, how do you make sure that your app is accessible to everyone? The answer to that is app localization! So, let’s take a look at how to maximize those downloads and get your app out there in front of a global audience.

What is app localization?

To put it simply, app localization is the process of transforming your app so that it’s ready for its new locale. Rather than focussing purely on language, localization takes cultural differences into account, too. What will happen is that you’ll get an app that has the same look and functionality as the original, but it’ll be set up for your target market. Pictures, currencies and other differences will vary between versions, but international users will still benefit from the same UX.

Why is app localization so important?

With both Apple’s App Store and Google’s Play store available in over 40 languages, it’s really important that you think of more than just the English-speaking market if you have your sights set on global downloads. But, rather than just focusing on benefits for app developers, what are the benefits for users themselves?

Whenever you use an app, it’s vital that they’re as user-friendly as possible. You wouldn’t keep an app that’s difficult to use or isn’t very easy to understand. And that’s how your audience sees things, too. A well-translated app will help your brand stand out for all the right reasons, and will help you have meaningful interactions with your users/customers.

When you’ve got an app in English, you’re limited to English speaking markets. But with every language you add, you open up a new market, with millions of new app users.

Both Google and Apple have localization options so that when you add a new language to your app, it’ll make it easier to be discovered by international users.

Think of all those sales you’re getting before you even localize. By investing in-app localization services, you’ll open the door to almost unlimited potential by opening up your app to new markets.

There’s no denying it, apps are very competitive. So, by localizing, you’re beating your competitors and giving your overseas users and experience other companies may not be providing. This, in turn, will make you the app of choice for different markets, resulting in increased revenue.

Does it matter what language apps are localized into?

It’s really worth keeping up to date with statistics and global trends when it comes to languages and digital markets. Right now, the biggest app market by far is China, making Mandarin Chinese a great choice for app localization. Other languages that are very popular at the moment are Brazilian Portuguese and a number of Asian languages. India and Africa are going through their own mobile booms right now, too, so if you want to get ahead, those are 2 very good areas to keep your eye on.

How does app localization work?

If you want to start localizing your app, first of all, make sure you have a professional team available. App localization takes special expertise that only trained and experienced agencies can offer. We have technology in place to help extract your content and localize it. We have special translation tools that help the translators do their job and see in-context reviews too so that nothing gets lost in translation. Then once it’s done, we can help by testing the app in its native environment to make sure that nothing gets lost in translation.

Points to keep in mind

There are a couple of things that make app localization tricky, so it’s important to keep in mind that your texts may have to be adapted slightly to ensure that your app works the way it should. Some languages (e.g. German) are a lot longer than others, so localization professionals will have to cut down on text to ensure that everything fits in the right boxes, etc. Asian languages, however, are shorter, so text may have to be added to avoid empty space. Some pictures may have to swap for more culturally suitable ones, and colors might have to change too (as what may seem bright and open in one country might have a more morbid undertone in another).

As you can see, app localization is a lot more complex than it first seems. This is why it’s so important that you go for a provider who can advise you on the full scope of services necessary to take your app global.

We’ve got an amazing team of localizers on hand to help you, so please feel free to get in touch and we’ll be happy to help! 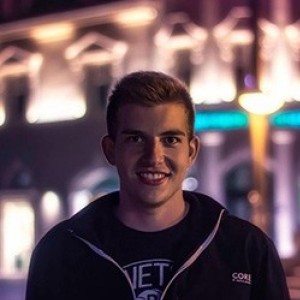 Bonnie was born in Fresno, California and is number four out of five children. After graduating high school, Bonnie moved to Utah and her parents and siblings followed a few years later. Bonnie has over 12 years’ experience in accounting and business management, she is proud to be a member of the US Translation Company Team. She has two sons, which keep her very busy. When not working, Bonnie enjoys spending time with her family, heading to the beach, hiking, and being outdoors.